That's right, I've hit it off the bat with that title didn't I ?

Well, at least when you think of how this Usergroup conference has been growing over the course of the last 5 years... Because this year, there was also a version of the SUGCON event in India.
Which is kind of grand isn't it.

But anyhow, let's go back to Berlin, which was the center of the buzz for 2018. Or at least when it comes down to topics and events that concern Sitecore :)
This year's venue was the huge Estrel Hotel, a venue able to host 3 simultaneous events, so this year's venue at least held the promise of being big enough.

I mentioned the huge growth of the SUGCON event over the past years since the danish and dutch usergroups decided to join hands. This year's conference was host to over 600 attendees whereas previous years were almost everytime 1/3 smaller. That's right, a steady growth of 30% per year... 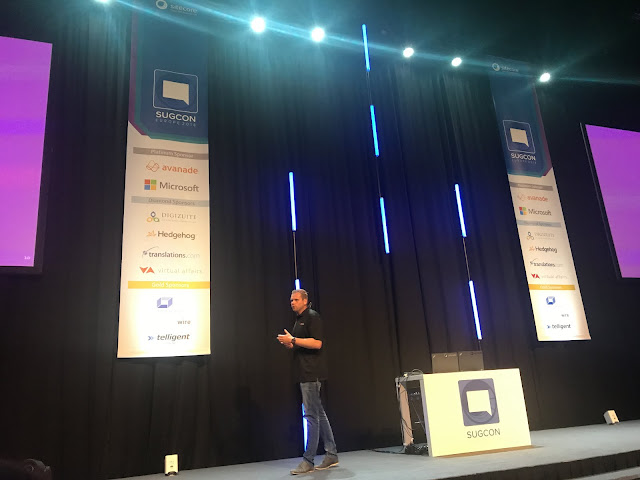 Since the SUGCON event is heavily supported and marketed by Sitecore themselves, it was kicked off and would end with the marketing and community team. One of the major takeaways of this session must have been the announcement regarding the release cadence changes. And since pictures say more than words; 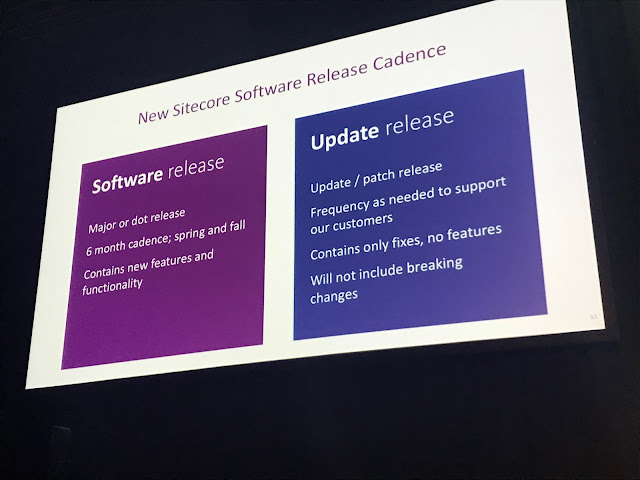 Once this introduction session was over, we were ready for the real stuff.
I can only account to the session I attended myself , and will do so to the best of my abilities as well as the best of pictures I have available since the slideware has, at this point, not yet been publically released.

After the keynote the event moved on into a session by Jason Wilkerson & Richard Seal.
This session showcased the possibilities of integrating a large set of tools in Sitecore 9. Using Commerce, SXA, xConnect and Marketing Automation in combination with IoT wirstbands (well, virtual ones at least). Using these to follow you around the fictitious amusement park, tracking your use of the fast-lane passes, giving alerts when you could have bought a new pack and so on.

Well, for me, this was one of the most interesting sessions of the entire event. Kam really gave an eye-opener on the GraphQL capabilities and showed us how to query exactly that data you need in a specific context, how to request additional information and so on.
You can find Kam's exploits here:
https://gist.github.com/kmazzoni/0f972aca9484981f227c95a309d486a0
https://github.com/kmazzoni/SitecoreQL

This session kind of left me high and dry since I had high hopes on seeing how I would be able to created very complex flows and have customizations added in to use in that omni-channel story. However, the session was rather plain on the use of the new marketing automation engine working with xConnect data. Nothing to blame on the speaker, just did not match my hopes or expectations.

XP Services - Scale up and Scale out

A very good and interesting recap by Jason St-Cyr on the different possible configurations possible and scalable in Sitecore 9. Impossible to give a debrief on this session, but if that slideware or presentation video becomes available that will turn out to make for great material and information!


Rounding up the day was the MVP and Hackathon award ceremony :) 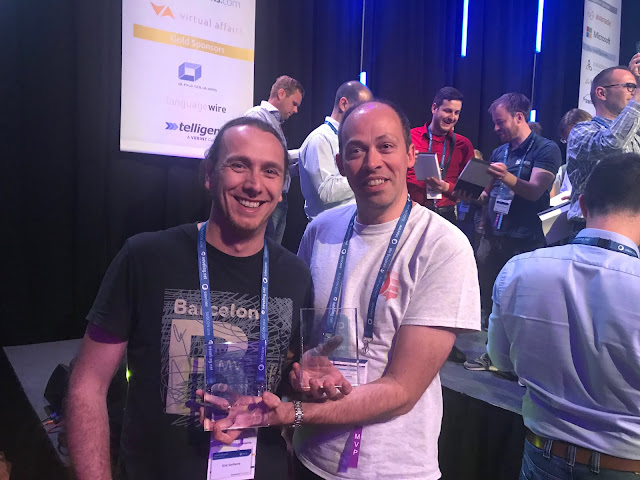 Kicking off the day were Todd Mitchell and Lars Pederson with their topic on the Power of connected data. Showing us how xConnect with all the captured data in the xDB can help feed your personalization and relevance or let data be represented through for example PowerBI.

Talk about a very interactive session that showcased the new marketing automation flows with the mails setup in EXM. The entire audience was able to partake and depending on choices made, other emails would get sent out. An interesting showcase.

I had higher expectations and hope to gain some insights that I did not yet have on how to quickly assert the sanity of a solution for example or run a number of fast tests that were unbeknowst to me, but unfortunately this was indeed more working on the concept of thought starters. Racing through them in under 45minutes was indeed an impressive race.

A highly anticipated and heavily visited session, a white hat hacker had his way with the Sitecore environments out there. And safe to say that he come up with quite some baffling results... Huge amounts (in both numbers and percentages) of sites remain very vulnerable to even the lightest of exploits. No lists and names were dropped, but to everyone reading this, you may want to check that password on the admin account, just to make sure :) 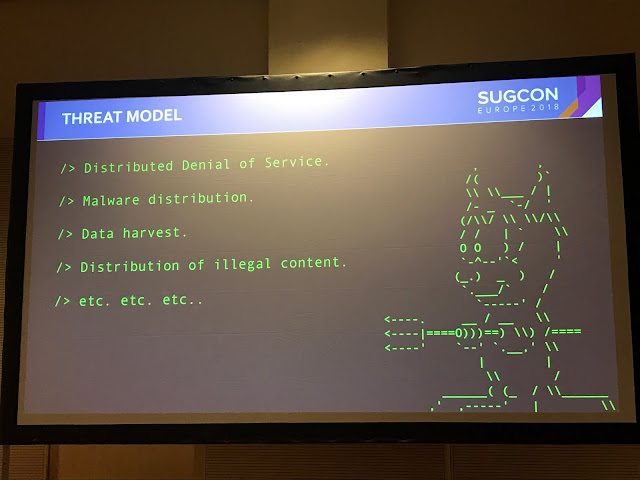 I had a great time, it is always good to mingle, so a myriad of topics even when not all of them are always as relevant as others. Speaker level was great this year and my hat goes off for the organization that did a superb job in finding the location and managing the entire event.
I am excited for the event next year which will take place on April 4th and this time at the end of the week.
Geplaatst door Kris Verheire op 11:57 PM No comments: Links naar dit bericht 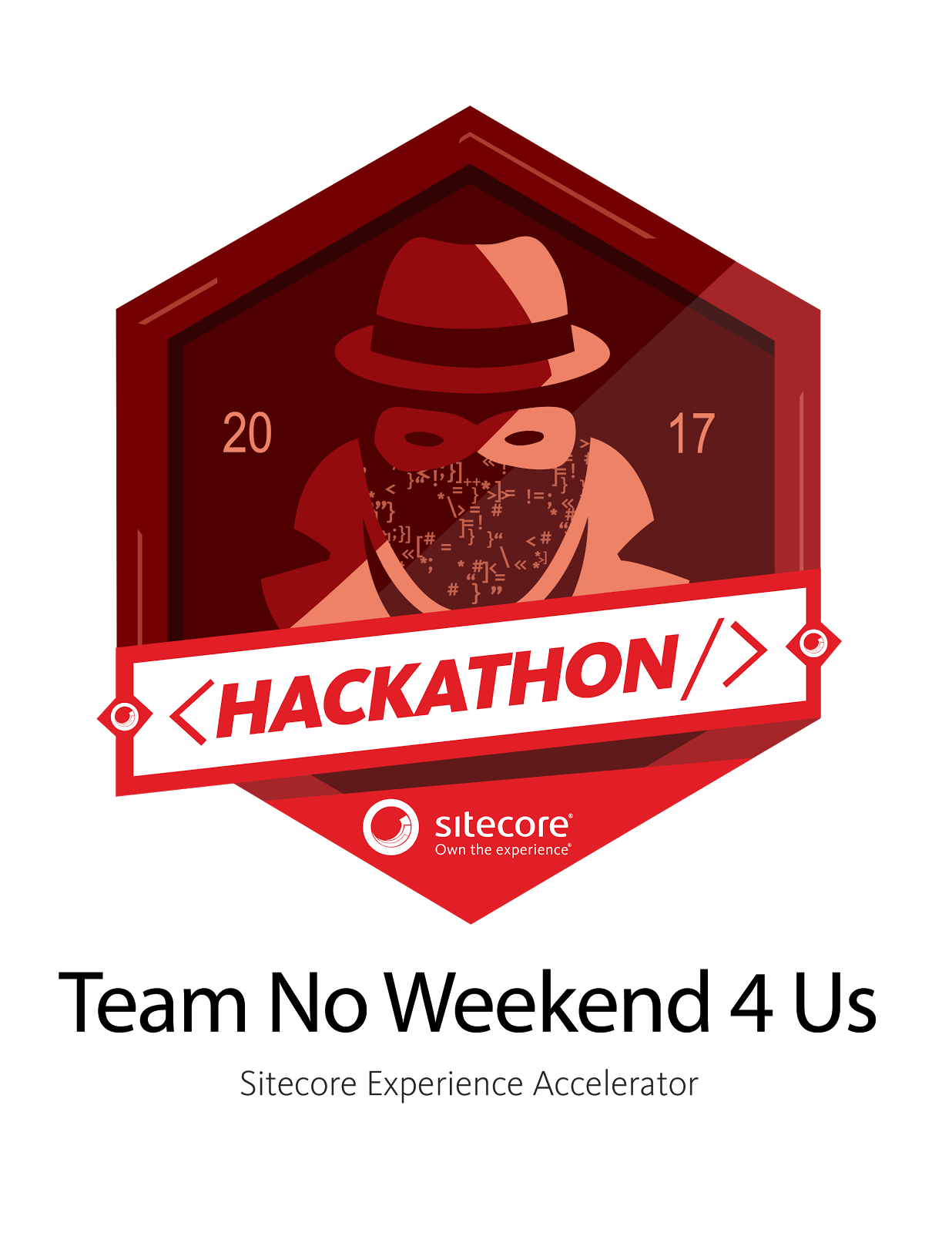 MVP for Sitecore since 2015

Sitecore Solution Architect at The Reference, where I have been working with Sitecore since 2010 and as a developer in Java & .NET since 2007.